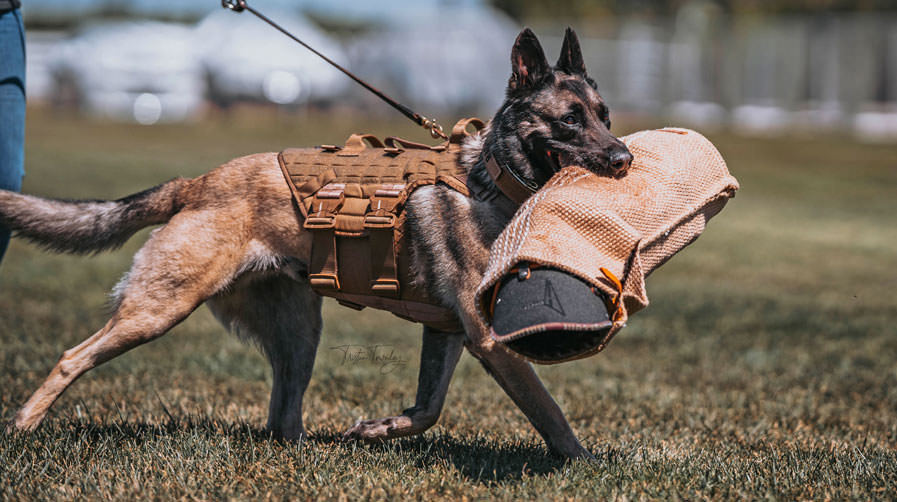 "After losing my soul mate Siberian Husky back in 2009, I finally decided to get back into having my own dog again 9 years later.

I happened to stumble upon Woof Project, a Belgian Malinois dog organization that is on the West Coast. In doing my research and speaking with them at great lengths, it became apparent to me that my next dog would be from them. Not long after our talk they called to inform me of a potential Mal available.

Radar was his name, roughly 2+ years old and very friendly. Once I got him home, I was able to learn more about his history. He was picked up as an intact stray in southern, CA, with little other details. He was neutered, adopted out twice, and returned twice, before Woof Project was able to get a hold of him.

He has a LOT of energy, but really just wanted to be loved and worked. He LOVES to play ball, swim, snuggle & bite. We found out the "hard" way that someone had put a lot of training in him for bite/protection work. I was getting ready for Halloween when Radar was losing his mind in his crate. After a few months of talking to fellow dog trainers it became clear that my costume reminded him of bite work... My husband is a firefighter & I was in his turnouts for a costume, hence looking like a BITESUIT!

Once I was able to find a PSA club, we started to work on getting our PDC & Title 1 in PSA. Radar's DNA test came back that he is a Mal/Dutch - Silver in color. He also has a piece of his ear missing which our story is that he was an enforcer for the drug cartel & you should have seen the other guy!

Radar does wonderful with my 20 month old grandson, loves his "sister" Pyrah (also a Woof Project dog), playing ball and protection work! So thankful to have him in my life. He has made me into a better dog trainer stretching me into learning new ways to dog train & become a better handler."