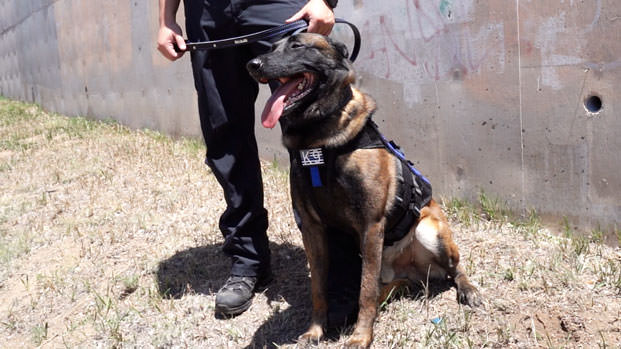 I hear it all the time- “It’s a nice sport dog, but there is no way he could handle the streets”. And honestly there is some validity to it however not all of time.  My beginning in this wonderful world of K9 was as a law enforcement K9 handler. We are the best right. We know more than anyone else right? At least that what we had been told by someone else who was already in our little secret world of law enforcement K9 training and handling.

I’ve also heard people say that the “sport dog” world needs to stay out of the LE arena, but then those same people will only select a “titled dog”. Most dogs are titled are trained in styles such as Schutzhund (IPO), Koninklijke Nederlandse Politiehond Vereniging (KNPV), or maybe even French or Mondio ring. But all of these groups have one thing in common, they are all sports meaning that the handlers and trainers are usually civilians that do it for the sake of competition.

The high demands these sports put on their dogs can make some of our certifications look like a walk in the park.  Stuff that we really don’t think of as being a big deal are huge point deductions in sport dog competition. I was at a law enforcement K9 trial and some friends from local Schutzhund club came to watch. The training director for this club is someone who I have a lot of respect for. Thom Payne is a retired Sergeant from the San Diego Police Department who started that agencies K9 unit but he was also heavily involved in Schutzhund. As I sat with him watching the trial, he would explain the point deductions that would be coming if it was sport trial.

One in particular comes to mind of a call off that I thought looked pretty damn good. Thom broke it down and even though this dog called off nicely, he didn’t return to a perfect heeling position next to the handler and he even was a little jumpy when he did get into a position at the handlers side because that dog wanted to get another bite really bad.  My thought process was “Hey- the dog called off right? Isn’t that good enough?”.

In the sport world, it is not enough. Then Thom switched hats and complimented the dog on his intensity and even was willing to bet that it was probably a good street dog too. People like Thom who think like law enforcement but know the sport world well are few and far between.  And most sport dogs are not able to do street work because they aren’t stable enough for the demands we put on them such as sending them under a dark trailer at 0200 to apprehend a violent suspect who isn’t wearing a suit or have sleeve on just because we told them to. But we can learn a lot from the sport world, especially when it comes to training techniques and bringing the best in our dogs and there certainly dogs that excel at sport that would make great patrol dogs.

There are very few issues that surface in the street dog arena that the sport world doesn’t face as well.  So why reinvent the wheel? Someone out there has had the same issue and there is probably a way to train and correct it.  But we tend to be exclusive.  What do they know about being a cop or military working handler after all, they have never been in our boots?  This may be true about tactics, deployments policies and current case law but they do know dogs and dog training.  Think of it like this- a lot of people applied for a job in law enforcement, very few got hired, even fewer make it to the K9 unit, and far fewer make it to the level of trainer.  I am in no way discrediting LE trainers, they have a difficult job and they do it well.  But some of the techniques that the sport world uses for problem solving can be very effective so why wouldn’t we morph what they do into the LE realm?  It is a huge time saver because the sport world has been doing it for decades.  We do that with the dogs that are purchased with titles don’t we? Rarely do you get a titled dog that knows how to do a building search, we have to train them to do that.  But the foundational training to search is there, we just change it up to make it work for what we do.

Those that deploy in a guard and bark philosophy should pay attention to the sports that train in that method.  I’ve seen some amazing guard and bark routines on the Schutzhund (aka IPO) field during the blind search.  KNPV and most ring sports also have guard and bark elements of some sort either it be an escort or object guard. All of which are good foundation for guard and bark trained dog for LE, with a little tweaking in training to make it work for what we do. Now of course the helper, decoy, quarry, agitator or whatever you want to call the person who is going to take the bite in training knows what the dog is supposed to do and must be ready to make adjustments so the scenario is successful, real bad guys don’t do that. Speaking of the person taking the training bite.

It is well understood that the decoy plays a huge role in the success or failure of a K9 team.  The mopey decoy that is in biggest bulkiest suit only because it is their turn to catch the bites will do more bad than good.  I understand that some of us that are a tad more mature or not in academy form of physical fitness may not have cat like reflexes but that is no excuse for being a poor decoy.  Give the handler feedback as to what the dog is doing while it is out of their sight. Is the bite a nice deep calm full grip or is it frantic and frontal?

These are things that the trainer and handler need to know. Take your job as a decoy seriously because you would expect them to do the same for you.  I’m not saying you need to become a Schutzhund club helper or join a French Ring club as a decoy, but doing a little research may make you a better decoy which may make you a better handler or trainer.  And do research on the sport that your dog may trained in.  It might be eye opening as to why your dog does certain things.

So far, all I’ve talked about is the protection side of the house, but what about the detection aspect of what we do? Nosework is a civilian detection sport where the dogs are trained to detect the essential oils of Birch, Anise, and Clove.  I recently got to judge a Nosework trial.  60 dogs over 2 days. They do all the same sniffing scenarios we do with interior, exteriors, parcels, and vehicles. However, these dogs are pets and not tested or selected because of their workability. They were just a house pet and the owner thought it would be fun to do Nosework.  Depending in the level of competition, these scenarios can be pretty tough too. Sure there were different skill levels but one thing was consistent throughout the event, their enthusiasm.  They were organized and ready to work. Nosework is relatively new to the dog world but I would say it is only a matter of time before they become a great resource for problem solving.  However, AKC has been doing odor detection for years in their obedience routine for decades.

Possibly the most notable portion of the sport world is these people do it for free and on their own time.  They actually pay to attend training and go all over to compete.  We all know handlers that say they don’t do anything for free, usually those are the same people who aren’t ready to go when it’s their turn to run a scenario. You would listen to a black belt in Jui Jitsu when it came to ground fighting suggestions, why wouldn’t listen to a dog trainer that has been doing it for decades as well.  I’m not saying completely buy in to everything, I’m talking about the finer points where both the sport world and LE world overlap.

Stay safe and KNOW your dog.

Pete Stevens is a 26 year law enforcement veteran in Southern California who has handled 3 dogs over 12 years, both single and dual purpose. Pete is also a firearms, patrol and narcotics instructor, NASCW Trial Judge and the Vice President of Maximum K9.